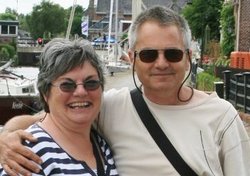 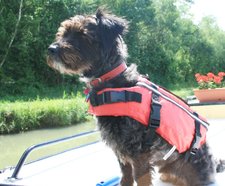 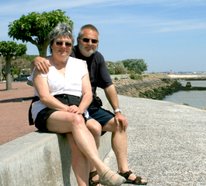 Well, we're Jan and Jo May and Tache the terrier.

We lived in Littleborough, Lancashire for 30+ years before moving to Shropshire in the mid 90's.

Now we've moved back to Littleborough!

Serious health issues prompted a complete change of life - hence the boats. Jan says there's nothing like a double dose of cancer and facing your own mortality to kick-start a dream. Waiting for retirement wasn't an option because she probably wouldn't get there so we made things happen. We sold the house (which we'd renovated) and moved onto a narrowboat in 2004. Since then we've foregone smart cars and fancy restaurants but we're richer beyond measure.

We fitted out 2 narrowboats ourselves (the second a considerable improvement!) but after a couple of years had 'done' most of the canals in England and Wales so decided on a move to the continent.

Taking such a huge step has been liberating and exciting and we've had adventures we'd never have dreamed of. It's been a crucial factor in Jan getting back to pretty much full health.

We set off with Bonny (bottom left) - sadly she died but were now skippered by Tache, an 'almost' terrier. He's a French rescue dog so has had to learn English and likes plastic carrots.

We have  now sold our dear old barge. For the first time in 12 years we are boatless.

We live in The Pennines. There's plenty of water about  but we live in it, not on it. 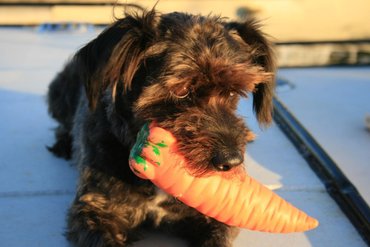 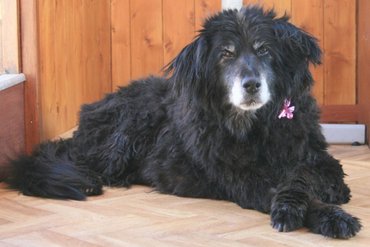 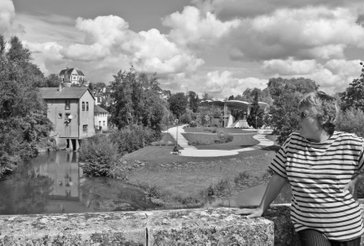 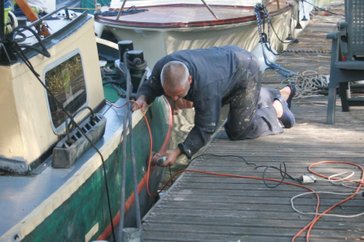 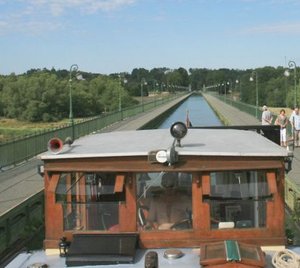