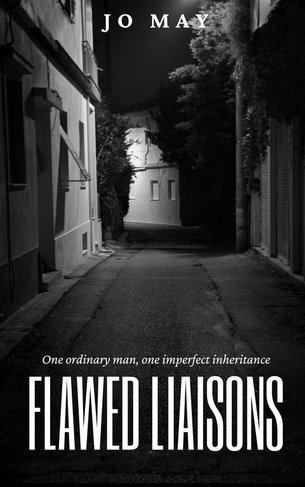 Harry Dunn is an ordinary man living an ordinary life. But a series of events turn his world upside down. His life implodes and he is forced to run.

He is on the ragged edge when a surprise inheritance offers him a lifeline. But it’s a poisoned chalice.

He hides away in the underbelly of a prosperous market town among the destitute where he befriends Mary, a woman tormented by her own demons.

Both are forced to confront their pasts as they try to unravel the mystery at the heart of Harry's downfall. What they discover is evil from the past that refuses to die - depravity carried through time in black hearts.

Harry and Mary forge a bond, a liaison born from the misery of their pasts. They have both suffered but find that others have paid a far higher price.

.......It was twenty past four in the morning - the moment he learned he was alone.

He opened the door to two uniformed police officers, one male, one female. They stood in the harsh glare of the outside light as rain dripped from the porch roof on to the steps behind them. They removed their caps simultaneously and held them with a sort of embarrassed reverence. He knew something was wrong - you do don't you, you can just tell.

And so it began.

You can find the book here: 'Flawed Liaisons'

'You know, it's really rather good.' A (discerning) reader

'At least it's a nice photo on the front!' A (former) friend